VANCOUVER – Miles Nurse and his girlfriend Jennifer Plomt thought they had purchased a dream downtown penthouse, only to discover they’ve moved into a bat cave. 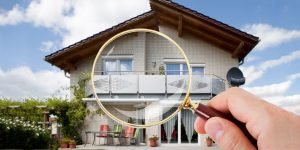 thought they had purchased a dream downtown penthouse, only to discover they’ve moved into a bat cave.

And they have learned what might be an expensive lesson about how to buy a home.

The 33-year-old Nurse estimates he is currently sharing his newly bought $509,000 West End condo with a dozen to 80 bats.

The flying rodents, which have nested in the walls of the third-floor penthouse and hang upside down in his bathroom door frame, began making noise the first day the young professional couple moved in June 29.

“We started hearing strange noises in the kitchen like high-pitched squealing. It sounded almost like mice and we thought it was coming from the roof,” said Nurse, who works for a downtown media company.

Upon further inspection, he discovered five bats sleeping between a gap at the top of his kitchen cabinet and the ceiling. He suspects they’ve been coming into the condo via a hole from the rooftop deck.

This is the first home Nurse and his 29-year-old girlfriend have bought together after unsuccessfully bidding on a handful of properties since Christmas.

When the newly renovated condo came onto the market down the street from the apartment they were renting, they knew they had to competing offers.

“We saw the condo for 20 minutes and based on our past experience, we knew that if we really wanted this place, we’d have to bid beyond the asking price and give a subject-free offer,” Nurse said.

Prospective homeowners can attach subjects or clauses to their bids. For example, homeowners can specify a sale will go through only if the house passes a home inspection, or make it subject to mortgage financing or the availability of property insurance.

But home buyers in a seller’s market are increasingly waiving these safeguards to improve their chances of landing a property.

“We saw the property disclosure statement they showed us and there was nothing wrong with the place,” Nurse said. “We knew we wanted it. We knew it was a risk but that’s the state of the market now.”

He did not expect the risk to include spending a day cleaning buckets full of bat feces from the condo walls or finding a baby bat sleeping in his bed.

“We thought maybe the boiler could go, or the roof might need repairs and we might spend a little bit of money but we would move on,” he said.

Now he worries about the potential health risks of exposure to bats and bat feces. The couple are being vaccinated for rabies, since bats are the most common carriers of the disease in B.C.

“Seriously, we don’t sleep,” Nurse said. “Any little scratchy sound outside that I hear, wakes me up. I have this black-dot phobia too where I think everything looks like bat droppings.”

He’s concerned other potential homebuyers would make the same mistake, relying solely on a property disclosure statement from a previous owner.

Bill Sutherland, president of the Canadian Association of Home and Property Inspectors in B.C. said people mistakenly think the disclosure statement is all they need. “There’s a reasonable amount of these types of sales going on in the Lower Mainland,” he said. “It’s not a safe practice. People spend 20 minutes looking at a house and don’t look at what condition the roof is in or understand that there may be cracks in the foundation.”

He said buyers get so caught up in the competition for a house painted in “pretty colours in a nice location” that they don’t realize the furnace may be defective.

Nurse and Plomt say they want to sell the bat-infested condo and are considering legal action. “We will never do a subject-free offer again and we will be outbid on a lot of places, but we know now that there’s nothing to protect buyers,” he said.